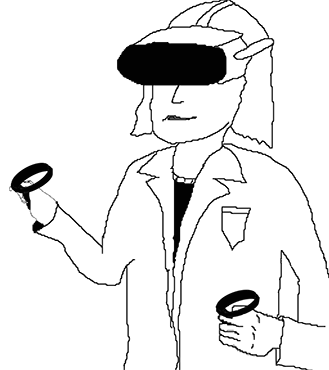 OK, first, a brief introduction for the (probably 0) people reading this. My name is Sandy. I’m a post-doc researcher working in the Metaverse Interdimensional Systems Lab. 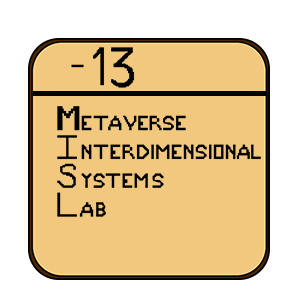 You might be incredulous that a lab with that name ever got any funding, but Professor Zaithe (aka Dr. Z, who I technically work for) was lucky enough to be applying for grants back when a certain social media titan who shall remain unnamed was announcing that his company was changing its name to Meta. Long story short, Dr. Z got enough money to open the lab, probably because no one actually understood the grant application, which clearly stated (on page 37) that interlocking metaversal networks have the potential to perforate the barrier between dimensions, making it possible for digital entities to cross between them. That’s right, we’re over here proposing interdimensional travel via digital networks. 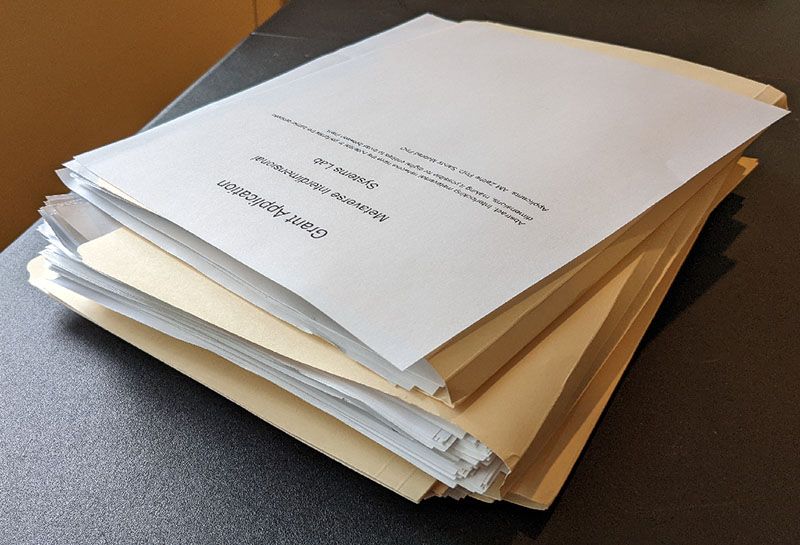 Go ahead and laugh. You certainly won’t be the first.

Dr. Z has been writing compellingly on this topic for many years, despite widespread ridicule. And to be honest, his questionable status among his peers worked out to my benefit – there wasn’t a whole lot of competition for the fellowship position at his lab. All I really had to do was believe him. Which I do. Oh, and of course there’s the matter of actually having some talent and expertise to contribute, which I also do.

But then, a few weeks ago, right around the time enrollment started for this coming semester, Dr. Z went missing. We’d been making some progress in the establishment of a more productive target for our research, so I really don’t understand why he decided to disappear. And if you’re one of the people wondering where he is, I’m sorry, I have no idea.

And since I’m not the cops, and I’m not his family, I figure the best thing I can do for him is keep working.

Thankfully, the university decided to cancel his classes. Last semester, I had to divide my time between doing the kind of research I came here to do, and grading papers. This semester, I get to delete the latter from my weekly schedule, which leaves a lot more time for research. I’ll take that silver lining.

That said, you (fantasy future collaborator) might be wondering where I’ll be focusing my attention in the near term. Well guess what I’m about to tell you.

Data analytics! And no I’m not being facetious with my punctuation. The target Dr. Z and I have been circling toward involves extremely high volumes of network activity. We’re talking about a mountain of data that needs to be analyzed. But here’s the thing: If I can find unexplainable phenomena somewhere in that mountain, it might be evidence of crossover activity from a different dimension. Despite the proofs Dr. Z has spent years building and refining, we haven’t found any actual evidence to support them.

But I believe I can. With no papers to grade, and pretty much nothing else going on in my life right now, all I’ve got is time, and I’m positively itching to climb up that mountain and use all my shiny tools to mine it for the precious clues it might be hiding.

So where is this giant pile of data I keep referencing?

I’ll tell you, but not yet. I want a chance to at least started, dig the first mine (to torture the metaphor) before I invite the potential scrutiny of similarly interested parties, even though, as I’ve already established, you probably don’t exist.

But that’s my level of confidence. Maybe I’m a paranoid optimist, but I really think this could be what we’ve been looking for. And if I’m right (yes, it’s a big IF, all caps), it’ll be the biggest discovery in…maybe ever. Not only actual proof of parallel dimensions, but also the means of traversing them.

So call me crazy or wish me luck. Either way, I’m headed up that mountain.